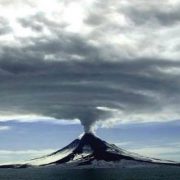 So excited about this ... great collaboration with Jane Westhead and the team, bringing a little-known story to life. https://twitter.com/DarwinEdinburgh/status/1550466164337278977

Visited the bronze age burial Cairn at cairnapple Hill. Noticed that the 'Cup and ring' marks on one of the stones might actually be a tree trace fossil (c.f. rygal et al. 2006) May be the it was selected specifically?