and why it’s important

But our understanding of this is relatively recent – a mere two hundred years in comparison.

Scotland’s geology is world-famous, both for the rich variety of our rocks and the place they hold in the development of new ideas. The rocks of Scotland have formed over a time span of billions of years, with a series of different plate tectonic events over time resulting in a wide variety of rock types. This geological diversity is reflected in Scotland’s scenery, in the way that the rocks have been sculpted over millions of years to give the Highlands and Lowlands, the firths and the islands, the glens, lochs and serrated mountain ridges.

Scotland’s story stretches back to the early history of the earth, with our oldest rocks formed an unimaginable 3 billion years ago. The idea of ‘deep time’, of changes taking place over a huge time span, and of continued gradual change, owes its genesis to a famous Scot, James Hutton (1726-1797). Hutton’s theory of the Earth challenged the accepted precepts of the day, that the Earth was merely a few thousands of years old, and laid the basis for the modern science of geology. Visit: Siccar Point.

We can imagine Scotland as a jigsaw, with six main pieces, slabs of continent formed at different times in different places. Go back beyond 500 million years, and the oldest rocks give us glimpses of a complex history, with long-lost ocean basins, volcanic islands and chunks of continent that have been altered and overprinted by more recent events. The recent history is clearer, starting with the Caledonian Orogeny about 450 million years ago. Before that time the rocks of Scotland, Scandinavia and North America were one continent, while on the other side of the now-vanished Iapetus Ocean lay the rocks of England and the rest of northern Europe. The Caledonian Orogeny describes a period of continental collision and mountain building which closed the Iapetus Ocean, collided the rocks of England and Scotland, and fused the main jigsaw pieces of Scotland together. Then quieter conditions prevailed and much of Scotland was buried under layers of sediment, forming sandstone, coal and other sedimentary rocks. The tectonic activity didn’t stop there, though, for 60 million years ago the continent split apart, forming the North Atlantic in a spectacular firestorm of erupting volcanoes along Scotland’s western edge.

A Brief Tour of Scotland’s Geology

Scotland’s oldest rocks – amongst the oldest in Europe – can be found in the Western Isles. These are ancient and highly deformed metamorphic rocks (gneiss) have been deeply buried and contorted during a long history. The Callanish standing stones in Lewis are examples. These rocks are also found on the mainland, in a thin strip along the north-west coast. Here they are often buried under younger sandstones and limestones, including the Torridonian Sandstone, dating back to 1 billion years and the oldest sedimentary rocks in Scotland.

Just inland from the coast, we come to our first major discontinuity, the world-famous Moine Thrust, which is best seen at Knockan Crag NNR, just north of Ullapool. This fault plane separates ancient gneiss, sandstone and limestone of the west from overlying metamorphic rocks, the Moine, to the east. The Moine rocks were originally ocean-floor sedimentary rocks, but were caught up in Caledonian Orogeny, buried and heated to form metamorphic rocks (schist). A block of these rocks were then pushed westwards, up and over sedimentary rocks that lay to the east. This juxtaposition of metamorphic rocks above sedimentary rocks was a major puzzle to the Victorian geologists who first studied them, and solving the puzzle represented a major leap forward in our understanding of mountain building and faults, long before the concepts of plate tectonics. Visit: Northwest Highlands Geopark.

Travelling further south, we reach the Great Glen between Inverness and Fort William, site of a major fault line separating two blocks of metamorphic rocks with different histories. To the east, these rocks are buried under the Old Red Sandstone, made famous by stonemason Hugh Miller (1802-1856), who found many unique specimens of fossil fish around Cromarty on the Black Isle. Visit: Hugh Miller’s Birthplace Cottage & Museum.

South of the Great Glen, the Highland metamorphic rocks often contain large bodies of granite, for example in the Cairngorm mountains. These granite masses were once molten, with hot, liquid rock squeezing and melting its way upwards. Trapped in the crust, the magma cooled slowly, forming the crystalline granite. This activity was associated with the Caledonian Orogeny, and there were many volcanoes as well, as for example at Glencoe. What we see in the Highlands now is the result of millions of years of erosion that has removed the top of a mountain range, exposing its roots. Visit: Lochaber Geopark.

The rocks of the Scottish lowlands have a very different story from the mountains of the north. In the Midland Valley, some of Scotland’s youngest rocks cover older crust. This is the site of the first attempt, starting nearly 400 million years ago, to pull the newly formed continent apart. The result was a rift valley, covered with a rash of volcanoes and a hole filling with sediments being washed from the high ground to the north and south. Stand anywhere in Scotland’s central belt, and the hills that pepper the landscape – Dumbarton Rock, the Campsies, Arthur’s Seat, North Berwick Law – are the result of volcanic activity during the Carboniferous Period. On the margins are older volcanoes forming hills such as the Pentlands and the Ochils. The different hill ranges are all linked by a common theme, being much more durable and resistant to erosion that the surrounding sedimentary rocks. Visit: National Mining Museum Scotland | Dynamic Earth | Fossil Grove.

The rocks of Southern Scotland, the Southern Uplands, again have a different story to tell, illustrating the range and complexity of Scotland’s rocks. Here we find the remains of the Iapetus Ocean floor, sedimentary rocks formed in deep sea that were later crumpled up and attached to the rest of Scotland during the Caledonian Orogeny. Here we find the remains of ancient sea creatures, the graptolites and trilobites that lived in the ocean over 400 million years ago. The rounded character of the Southern Uplands is in sharp contrast to the more rugged Highlands, echoing their contrasting geology. Visit: The Museum of Lead Mining, Wanlockhead.

The underlying rocks give character to the landscape of Scotland, the grain of the land and to many aspects of our culture. And the rocks tell of an incredible history, of a piece of continent that has travelled the globe, been pummelled into mountains, rocked by volcanic eruptions and pulled apart along rifts. Along the way the climate has changed from tropical to glacial and everything in between. Today’s peace masks a turbulent history, and current conditions are merely a chapter in a story that will go on and on into a turbulent future.

In 2010, the BBC in Scotland broadcast the short series “Men of Rock” celebrating the story of those who pioneered our modern understanding of geology.

Unfortunately, the series of three broadcasts is not available on DVD from the BBC. However, they are available at least temporarily on YouTube and, as a courtesy to visitors to this website, three of these links have been included below for your information. (Note: EGS is not responsible for content held on or streamed from third-party websites. Consequently, these connections may become unavailable at any time.)

The story of James Hutton, the father of modern geology. 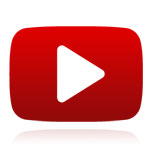 Louis Agassiz, the first to propose the earth had an ice age.

Looking forward to seeing folk at Siccar Point tomorrow. If you've never been, you should go. And if you've been before, you should go again! https://twitter.com/scottishgeology/status/1438873268153470981

Would you like to visit Siccar Point, the historic location that inspired James Hutton to establish the concept of "deep time"? Join the #SiccarPoint Open Day hosted by our friends @scottishgeology & @EdinGeolSoc this Sunday. Info: https://scottishgeologytrust.org/event/siccar-point-open-day/ Subject to good weather!

Just spotted a new Twitter account @the_agate The Agate Coast, promoting the Scottish East coast from the Tay up to Stonehaven and nearby with its varied geology, archaeology nature and culture. Worth a follow!