As a part of the Edinburgh Science Festival 2019 the UK Geoenergy Observatories project in cooperation with Dynamic Earth allowed visitors insights into the geological underworld.

As usual, exhibitors and Dynamic Earth managed to create an event that seemed like being aimed at children, but fascinated the adults just as much, encouraging everyone to touch, feel, laugh – and create their own earthquake catastrophe, should they so wish…. 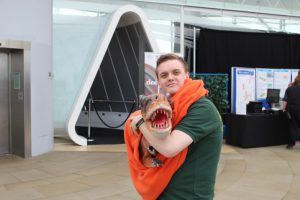 A big winner – the pet dinosaur

Visitors, especially of the childlike persuasion, enjoyed the warm welcome by a friendly pet dinosaur, carefully carried by a volunteer animal keeper. 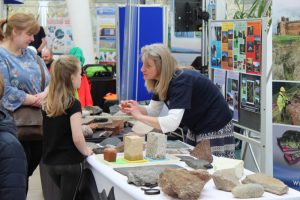 It is one thing to hear and read about rocks, but touching them, seeing, feeling – and, if possible, smelling the difference is so much better!
The BGS rock samples found many fans. 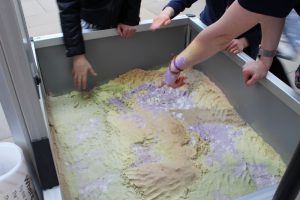 landscape formations and their effects

Another extensively used item was the simulation of landscapes and their influence on water flow and water levels. Children (and adventurous adults) could shape a landscape in the sand; depending on the height of ‘hills’ and ‘valleys’ light simulated the water flow after a rainfall, or its changes after a landslide. 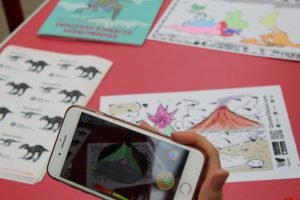 An interesting use of modern technology was demonstrated by the QuiverVision app: visitors could choose a template, colour it in, and the app ‘animated’ it – watching one’s self-created volcano erupt is oddly satisfying, not just for children (we can assure from personal experience…).

The website offers a wide variety of templates for downloading. 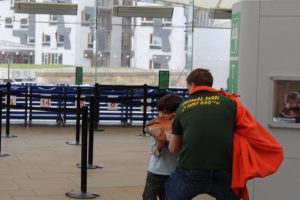 Who wouldn’t want to cuddle with the pet dinosaur

Of course, some had their own ideas of what they wanted to get their hands on. And truth be told, who wouldn’t want to cuddle the pet dinosaur?

Downloadable templates for dinosaur hand puppets can be found on the BGS website. 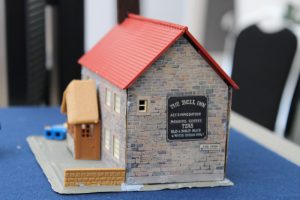 Earthquake simulation on one of Scotland’s most important buildings

To the surprise of absolutely no one, the earthquake-simulation-table was equipped not only with imposing, but also with some of the most important buildings of Scotland. 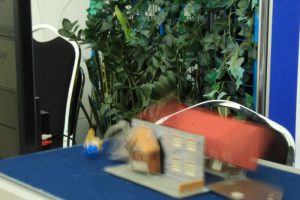 Additional to the fun of watching your self-created earthquake, experts from the BGS explained not only the works of a seismometer, but also presented real-life-earthquake data and gave an overview of earthquakes in Britain (more than one would anticipate, but mercifully weak).

Very good information material about earthquakes, but also on volcanoes and plate tectonics, can be found on the BGS website.

As a sister project to the Glasgow Geothermal Energy Research Field Site the United Downs Deep Geothermal Power project was presented by Iain Stewart, Professor of Geoscience Communication at the University of Plymouth. 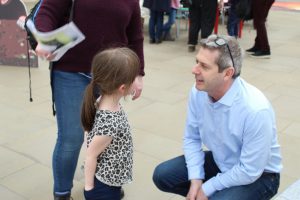 Professor Iain Stewart and the next generation

Professor Stewart discussing with what we hope will be one of our future geologists.

Dealing with questions and (mis-)conceptions about the effects of boreholes and geothermal projects underground, he asked the visitors what ideas they had about ‘earthquakes’, and invited them also to draw what in their opinion was to be found in the earth beneath Glasgow…. 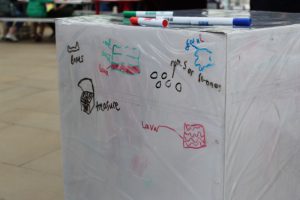 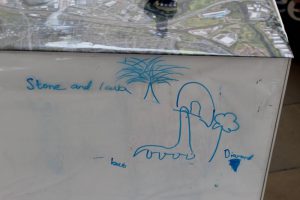 Once more it was demonstrated that science doesn’t have to be ‘watered down’ to be fascinating for people of all ages, just presented in appropriate (and entertaining) ways, by people whose love for science is rivalled only by their creativity.

A thoroughly fascinating and enjoyable experience. 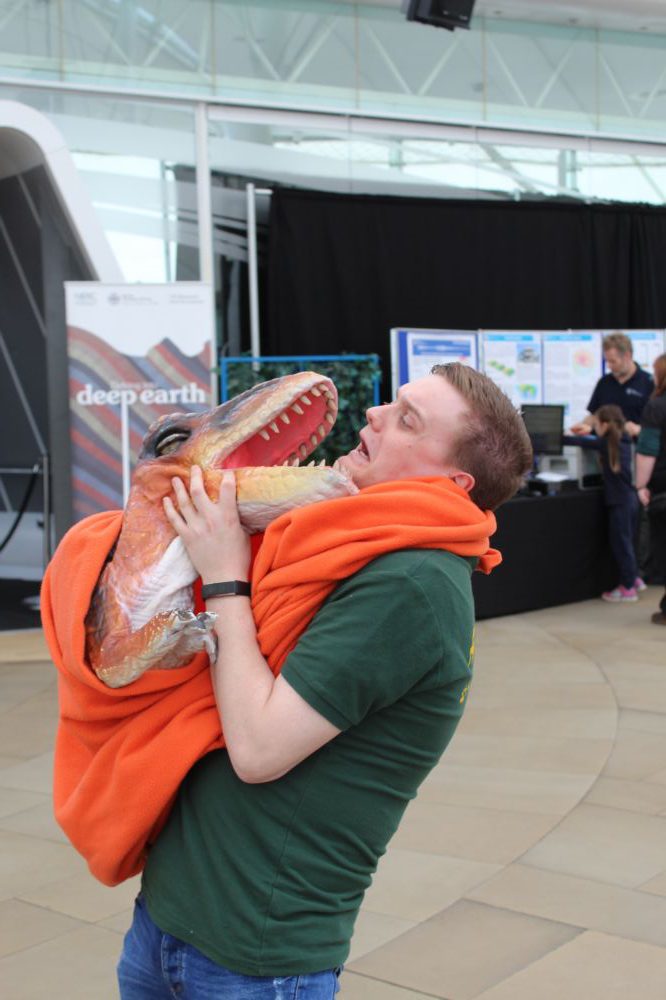 …at the end of the day, some had a bit of bad luck…

Our thanks go to all exhibitors, volunteers, and enthusiastic young scientists.

Recycling the Past to Research for the Future: the Glasgow Geothermal Energy...