Edinburgh’s landscape has formed slowly, by the ‘preferential erosion’ of different kinds of rock. This means that some rocks have worn away quicker than others. The big contrast between igneous and sedimentary rocks is in their toughness: igneous rocks tend to be tough and slow to erode, so they form the hills, including the Pentland Hills and the Seven Hills of Edinburgh. Sedimentary rocks are softer, and are easily worn down to create the low, gently undulating topography that underlies most of the modern city.

Natural processes of erosion have affected Edinburgh’s rocks for hundreds of millions of years. A thickness of over one kilometre of overlying rock has been worn away in that time (the average rate of erosion across Scotland is 0.005mm per year, or 1mm in 200 years. Over 300 million years this equals 1.5 km). This area has experienced different climates in the past: for most of the time Edinburgh has been much warmer than today. So the rocks have been subject to weathering in hot climates in desert conditions. At other times there have been periods of high rainfall.

The big shaper of Edinburgh’s landscape has been ice. Over the last two million years, Edinburgh has been covered by a large ice sheet several times, and slowly moving ice has helped scrape away the underlying rocks. Edinburgh was last covered in ice less than 20,000 years ago. We are still in the Ice Age – the current warm period is called an inter-glacial and ice will probably return to Edinburgh thousands of years in the future.

In cold periods, ice built up in the Scottish Highlands and gradually spread out. Eventually the Edinburgh area became covered with ice from the mountains. The ice flowed slowly downhill, passing Stirling and flowing east across Edinburgh. The direction of ice movement created the shape of the landscape in central Edinburgh, with long ridges and valleys running west to east. Where there is hard rock, like the igneous rock at Edinburgh Castle, the ice stream was directed over and around the obstruction. Sometimes softer rock or debris gets protected from erosion in the lee side of the obstruction – this forms a ‘crag and tail’ landscape, and the Castle Rock and the Royal Mile are world-famous examples. 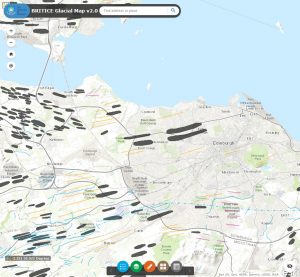 After the end of the last glacial period, sea-level around most of the coastline of Scotland was much higher than today. This is because the weight of the ice sheet had pushed the land downwards, and over thousands of years the land has gradually risen again.

Which parts of Edinburgh would be under water at these times?

More information and resources from the BRITICE Project, including downloadable Map Poster for schools. 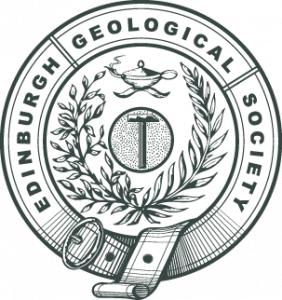