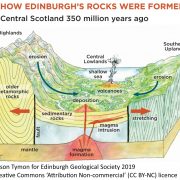 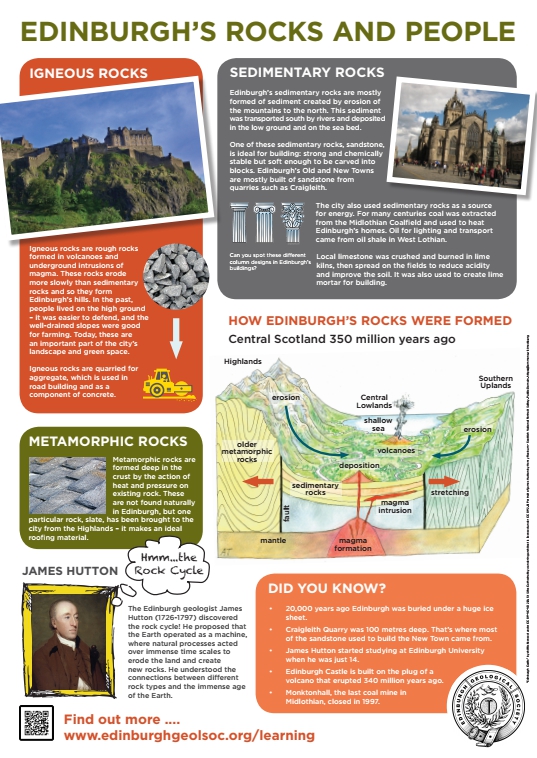 What makes Edinburgh special? Lots of different factors make a city, but one key feature that most visitors to Edinburgh notice is the dramatic landscape of the city centre. This is a landscape of rocky crags, cliffs and steep slopes surrounded by lower, flatter ground. It is derived from a mix of different kinds of rock – sedimentary and igneous.

Our Edinburgh’s Rocks and People poster for schools is designed to give an introduction to the rich story of Edinburgh’s dramatic landscape. The A2-size poster will be distributed for free to all secondary schools in the Lothian area. We are also developing accompanying online material, including suggested activities exploring these themes:

Edinburgh’s Rocks – what kind of rocks do we find in Edinburgh? How have they been used by people?

Evidence from the past – what do Edinburgh’s rocks tell us about the past? Where was Edinburgh when these rocks were being formed? What did the world look like then?

Making Edinburgh’s Landscape – how has the landscape been formed? What has been the impact on Edinburgh of the Ice Age and changing sea level?

James Hutton & the Rock Cycle – The Edinburgh geologist James Hutton (1726-1797) proposed that the Earth operated as a machine, where natural processes acted over immense time scales to erode the land and create new rocks. This was the beginning of our understanding of the rock cycle and the inter-relationships between sedimentary, metamorphic and igneous rocks. 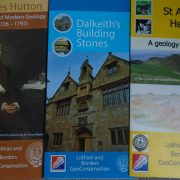 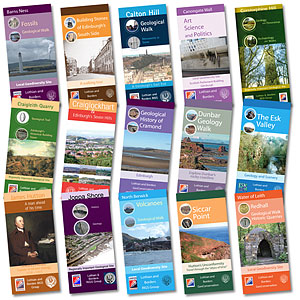 The Lothian and Borders GeoConservation Group has published over 30 leaflets about sites around Edinburgh. From St Abb’s Head on the Borders Coast to the Bathgate Hills in West Lothian, just about every important geological site in the area has a leaflet explaining a bit about the geology of the site, and guiding you to key exposures where you can see the best of the geology of this area.

The leaflets are all available as free pdf downloads – or for a small donation, they can be sent to you through the post. 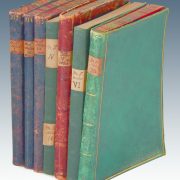 The Edinburgh Geological Society is delighted to support the successful campaign, launched by the University of Edinburgh, to save Charles Lyell’s notebooks. The 294 notebooks record in remarkable detail the life, travels, thoughts and ideas of this significant historical geologist. The Society pledged a donation towards the purchase of the notebooks, which were due to be sold abroad. A temporary export bar gave the University and supporters the opportunity to raise the necessary funds to purchase them. Over 1,100 supporters pledged to save the historic notebooks. The purchase price was originally set at £1,444,000, but reduced to £966,000 thanks to a restructuring of tax liability. With the full funds now pledged, the notebooks will be purchased by the University, who have promised to make them as accessible as possible as quickly as possible. You can follow progress on the University of Edinburgh’s Library Blog – libraryblogs.is.ed.ac.uk/lyell/ 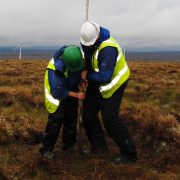 Susan Waldron, Professor of Biogeochemistry, School of Geographical and Earth Sciences, University of Glasgow. Susan is an expert in the peats of Scotland and the role of carbon in soils and rivers.

Tom Wagner, Professor of Earth System Science, The Lyell Centre, Heriot Watt University. Tom will talk about carbon and nutrient cycling from land, through rivers to the oceans – in the modern environment and in the past.

Tickets £5, free for students and under 18s. Tickets available on the door, just turn up! 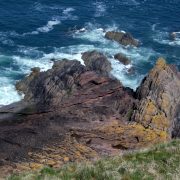 The Edinburgh Geological Society fully supports the creation of the Scottish Geology Trust, a new, national charity that will promote and celebrate Scotland’s geology and its value to society, and encourage its conservation. This initiative arose from a meeting of interested parties hosted by EGS last autumn, which included all of Scotland’s geological societies, the Geoparks, universities and museums, geoconservation groups and the Scottish Geodiversity Forum.

The new organisation will offer opportunities for EGS to collaborate with other organisations on projects of national importance, to build on and expand the work of the Scottish Geodiversity Forum and support Scotland’s Geoparks. The Scottish Geology Trust will be a Scottish Charitable Incorporated Organisation and a membership organisation, seeking subscriptions and donations from individuals and organisations. There is strong potential to raise money, for example from the National Lottery Heritage Fund, for significant projects that promote Scotland’s geology and specific sites of national/international importance. Updates will be available on www.scottishgeology.com and the new organisation will be launched in spring 2020.

Edinburgh University has launched a campaign to to save Charles Lyell’s notebooks, which record in remarkable detail the life, travels, thoughts and ideas of this significant historical geologist. The Society has pledged a donation towards the purchase of the 294 notebooks, which are currently in private hands and were due to be sold abroad. Thanks to the level of support already offered, the bar on the export of the notebooks has been extended until 15 October 2019. This is now the final deadline to save Lyell’s notebooks. The price has been set at £966,000 and the University of Edinburgh is making good progress in raising the funds required. If you would like to donate, or find out more about the notebooks and plans to make them fully and freely accessible for the first time, visit www.ed.ac.uk/giving/save-lyell-notebooks, or come along to David McClay’s lecture on 16 October. 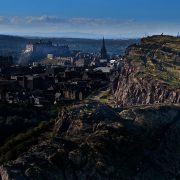 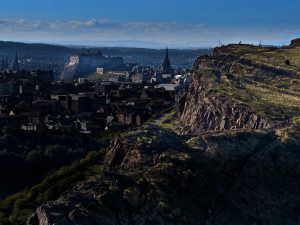 This informal, outdoor workshop will explore techniques for taking geological photographs. It will be led by Jason Gilchrist from Edinburgh Napier University. No previous experience (in photography or geology) is required, just turn up with any camera. We will take a short walk experimenting with taking photographs at different scales – landscapes, outcrop and close-up details. Participants will be encouraged to submit their photos for future newsletters and the EGS website. If there is enough interest we will arrange a follow-on indoor workshop in the autumn. 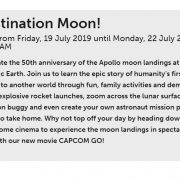 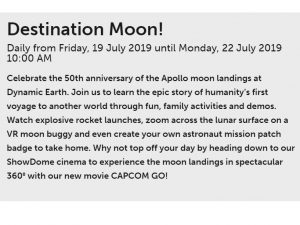 The Scottish Mineral & Lapidary Club has revived and fostered the craft of the lapidary – the engraving, cutting, or polishing of stones and gems; with the objective to encourage an interest in natural minerals and in the crafts and craftsmanship that relates to them.

From Friday 19 – Monday 22 July 2019, the club will put up a display of lapidary work and minerals / materials related to Space, Earth’s Crust, and the Destination Moon at the event in celebration of the 50th Anniversary of the Moon Landing at Dynamic Earth.

The Scottish Mineral & Lapidary Club is situated in Leith, and a lot more of information about its work can be found on the club’s website. 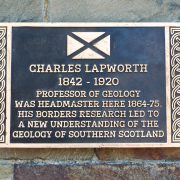 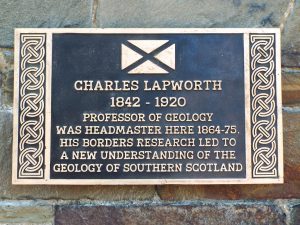 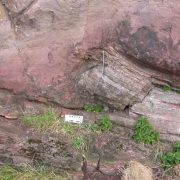 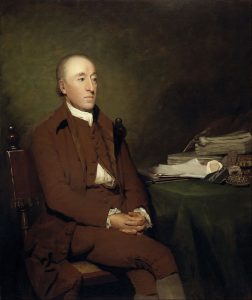 The History of Geology Group (HOGG) of the Geological Society of London and the Edinburgh Geological Society are organising an open meeting, Aspects of the History of Geology in Scotland and the North of England, at Surgeons’ Hall, Nicolson Street, Edinburgh.  This meeting will include a programme of talks, several of them given by EGS members, on Thursday 11 July, followed by optional field visits on Friday 12 July.

Friday’s field visits will feature a morning stroll in the Old Town, and an afternoon stroll in the New Town, each two hours long and visiting sites of interest to historians of geology, with the spotlight on James Hutton.

Visit the HOGG website at https://historyofgeologygroup.co.uk/scotland for further details. Booking in advance is essential, payment can be made by PayPal.  The conference fee of £40 includes lunch, morning and afternoon refreshments, and an abstracts booklet. The meeting is open to all, you don’t need to be a member of HOGG or EGS to attend.

Great to see Councillor Gavin Corbett visiting a Local Geodiversity Site - "places where the variety of geology of the local area can be enjoyed and appreciated". There are 30 across the city. Bet nobody's been to all of them! @Edinburgh_CC https://t.co/GT8NXR2l5H

The Ask-A-Geologist @GeoWeekUK events have been great. And there two more coming up ...
Friday 4pm with Simon Cuthbert
Sunday 4pm with Mark Wilkinson
... they've got pretty much every aspect of Scottish geology covered between them!
Join us https://t.co/bvdKpJ6kmQ

Reply on TwitterRetweet on Twitter3Like on Twitter1Twitter
Load More...