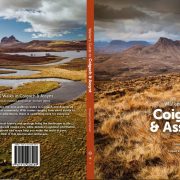 New from the Northwest Highlands UNESCO Global Geopark, a Walker’s Guide to Coigach & Assynt. The book explores 26 walks selected by the local community with over 110 stunning colour photographs, maps for each route, and information about the local history and geology. The walks range from short strolls to mountain adventures – so there’s something for everyone. It also includes a foreword by mountaineer Sir Chris Bonnington.

If you’re looking for a Christmas gift for fans of the Geopark and the North West Highlands, or perhaps just looking for inspiration for your next adventure in 2022, take a look at the Walker’s Guide in the Geopark’s online shop. For UK orders we recommend ordering by December 15th for delivery in time for Christmas. 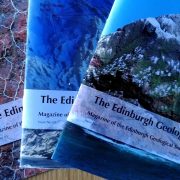 The Edinburgh Geological Society publishes a wide range of reading material, suitable for spending some winter hours catching up on recent research, expanding your horizons and planning your next excursion! Much of our printed material is available for free on this website.

Our twice yearly magazine for everyone with a broad interest in geology. Recent editions have covered the geology of Rockall, geological perspectives on the climate crisis, exploring the South Sandwich Trench, reports on excursions and book reviews. The entire archive of The Edinburgh Geologist is available online, from the first edition in 1977 to the most recent editions.

The local geoconservation groups associated with EGS have published almost 40 leaflets on local sites of geodiversity interest, most of which are available online for free. From Wolf’s Hole Quarry in Bridge of Allan to Siccar Point, there is an amazing amount of information available here about the geology of central Scotland. Browse our recently-rearranged comprehensive listing here.

We publish handy, pocket sized excursion guides and books covering some of the most popular areas of Scottish geology. These Geological Excursion Guides and Books are suitable for both amateur and professional geologists. These are available to order online, with a 20% reduction from RRP for EGS members and will remain postage-free to EGS members resident in the UK until sales can resume at our Grant Institute lectures once more. 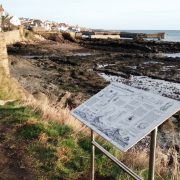 The Edinburgh Geological Society is delighted to have supported a project by Dr Tom Gernon, now an Associate Professor in Earth Science at the University of Southampton, to install two new interpretation boards on the Fife Coastal Path at Elie and St Monans in Fife. Tom’s research on the Eruptive history of an alkali basaltic diatreme from Elie Ness, Fife has been brought to a much wider audience through the preparation of these two fantastic boards, which tell the story of the volcanic history of the area and include information on the historical context including the work of Archibald Geikie and curiosities such as Elie Rubies.

You can visit the new boards on the Fife Coastal Path next to the St Monan’s auld kirk and near the Elie Ness lighthouse. The project was supported by the Geologists’ Association Curry Fund, EGS, Fife Council, Scottish Natural Heritage, geoHeritage Fife and the Fife Coast and Countryside Trust. 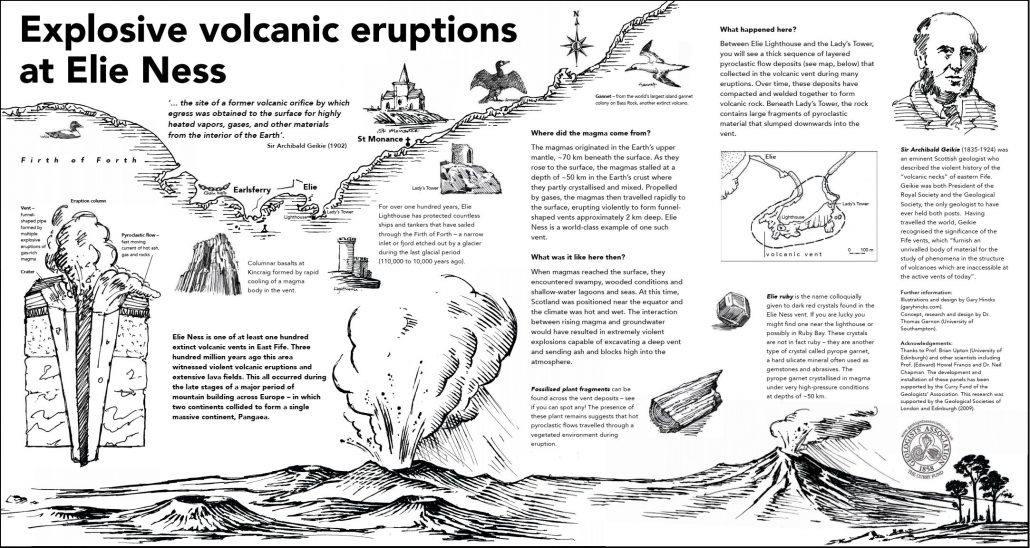 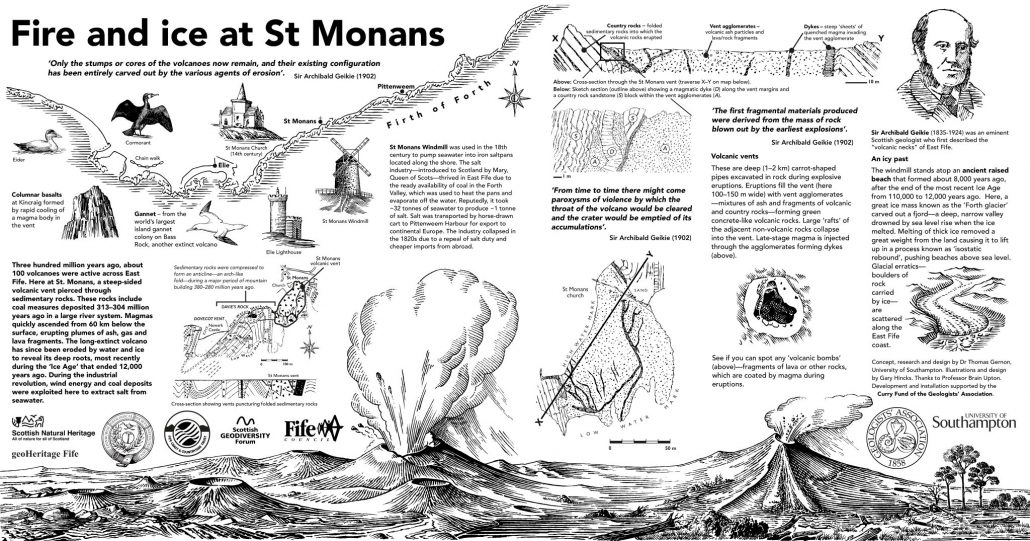 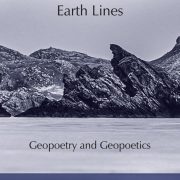 The Edinburgh Geological Society and partners are delighted to launch a new book Earth Lines: Geopoetry and Geopoetics edited by Patrick Corbett, Norman Bissell, Philip Ringrose, Sarah Tremlett, Brian Whalley. Earth Lines grew out of a Geopoetry event hosted by the Geological Society of London on 1 October 2020, and is a compilation of poetry and essays on the broadest theme of geoscience.

More details of the publication, including a selection of audio and video recordings of some of the poems and poets featured in Earth Lines, including some additional poems and a geopoetry map, are available on the dedicated Earth Lines page of this website.

Earth Lines is now available to buy from our publications section – click here. 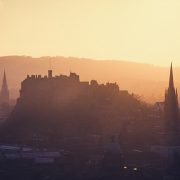 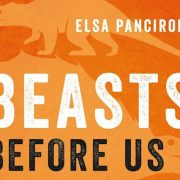 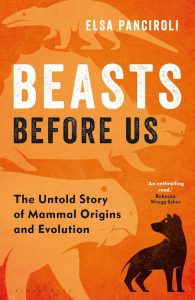 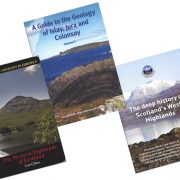 The new publication from Lochaber Geopark The deep history of Scotland’s West Highlands is available at £4, and we still have a few copies remaining at £16 of Con Gillen’s The Western Highlands of Scotland (RRP £19.99). All of these and our many other geological excursion guides, mostly at 20% reduction from RRP, will remain postage-free to EGS members resident in the UK until sales can resume at our Grant Institute lectures once more. 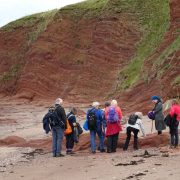 Our Excursion Programme for 2021 is now online, it includes 7 excursions on Saturdays and 6 shorter Wednesday evening excursions, led by geologists with expert knowledge of the locality. Visit the Excursions page for full details, and please read and take note of the Code of Conduct & Safety Guidelines. You must book in advance for all excursions, as numbers are limited for safety reasons. There is a charge of £5 per person for Saturday excursions, which is payable when booking, and no charge for Wednesday evening excursions.

Please remember that although this represents a step towards normality, there are some significant differences to normal years. For example, due to Covid-19 restrictions we are not running a coach for Saturday excursions, at least for now. Independent travel to meeting points will be required, which brings with it issues around parking and so we have reduced numbers on most excursions). We would urge that consideration is given to letting as many members as possible attend trips, so please don’t book every trip. 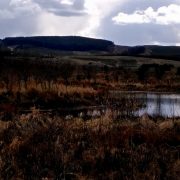 In the run up to the UN Climate Change Conference (COP 26) in Glasgow in November, EGS is keen to engage the general public in considering how we mitigate and adapt to climate change in the Edinburgh area. By 2050, there are likely to be obvious effects of increased sea level and coastal erosion, more rainfall and flooding, and rising groundwater. Meeting the Scottish Government target to reduce Scotland’s emissions of all greenhouse gases to net-zero by 2045 (at the latest) will also change Edinburgh. How will we generate electricity, heat our houses and travel around the city? In what ways might the city and the surrounding landscape adapt to reduce carbon emissions? 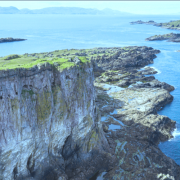 This workshop is to present results of an eight-year field programme on a world-class example of the deposits of an ancient ice age. The exposures are the best permanent exposures of glacigenic deposits of any age in the British Isles and have attracted much international interest. There is an informal proposal that the base of the Cryogenian geological system should be located here.

The programme is listed at https://www.cryogenian.org/science-conferences.html and abstracts will be added nearer the time. Registration is free at: https://www.eventbrite.com/e/cryogenian-glaciation-the-extraordinary-port-askaig-record-registration-147150973523