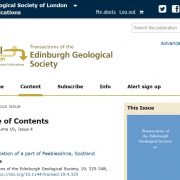 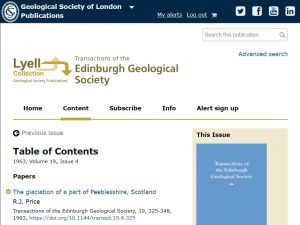 EGS members are reminded that even if the latest edition of the Scottish Journal of Geology ends up locked in your office, you can access all editions online via the Lyell Collection. EGS members have Lyell Collection access to SJG and and the Transactions of the Edinburgh Geological Society: between them, these are absolute treasure troves of interesting information about Scottish geology.

And get in touch with our Membership Secretary if you don’t know your EGS membership number. 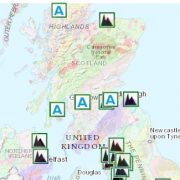 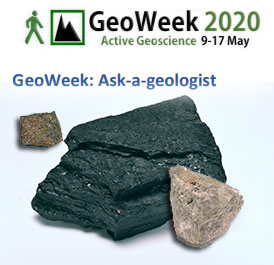 Geoweek normally involves a selection of  exciting and engaging field trips across the UK. Not this year! While you can’t go out for a guided geology walk, you can join a geologist online to ask about any rock, fossil or mineral specimen, and find out about their favourite rocks.

During Geoweek 2020, from Saturday 9 to Sunday 17th May. there are six online sessions planned with geologists from Scotland’s universities and Geoparks: find out more at www.scottishgeology.com/geoweek2020/ 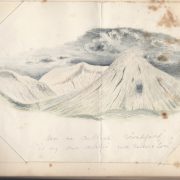 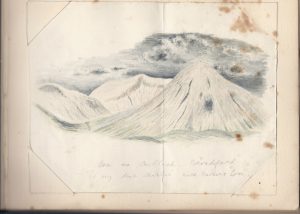 If you get chance to take a look at the British Geological Survey’s GeoScenic archive its surprising what you can find.  A year or so ago, whilst on Clough Committee duties, Graham Leslie (Clough Committee Secretary) was kind enough to show members some images, which I thought you might like to be alerted too.  They were some water colour sketches and pencil drawings made by Dr. Charles T. Clough and sent in letters to his son Charles Durham Clough between 1895 – 1900.  At the time, Clough would have been on duties with the Geological Survey in Scotland and to whom he transferred from the England arm in 1884.  He would have done these sketches (probably as a form of relaxation whilst in isolation – imagine what that would be like?) but also to share with his son something of the geology of different parts of Scotland that he was visiting at the time.  A couple of of the images are presented here courtesy of the BGS archive.

The first is entitled “Ben na Caillich, Broadford”, which is one of Red Hills in the southern part of Skye.  The second sketch is of “The Highlands once more. Looking into the Trossachs.” and would seem to shows the forested area at the eastern end of Loch Katrine. 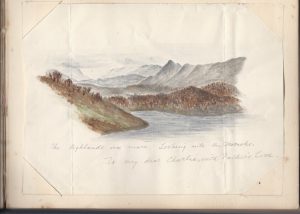 View of the Trossachs

If you would like to know more about Dr Charles T Clough – please turn to our Pioneers page for a quick biography of his life.

In preparing this article, I would wish to acknowledge the descendants of Charles Durham Clough, from whom the images have been copied.  Also the BGS’ GeoScenic archive which we are able to share because of the OpenGeoscience under Open Government Licence.

Finally, do have a good rootle around the archive for other hidden gems.  I am guessing that there are more out there and if you let me know, we can alert Fellows to other fascinating resources relating to Scotland’s geo-heritage.