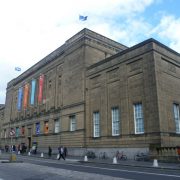 The National Library of Scotland (NLS) has a new display in the front hall of the George IV Bridge building in Edinburgh. The display features three diverse collections in need of conservation treatment, including a selection of 20th century booklets, a group of geological charts and a volume of 20 historical pamphlets. All of the items will be conserved but the winner of a vote which runs until the 8th September, will have its treatment documented under the social media hashtag #Rescueme.

The geological charts are those produced by Robert Jameson (1774-1854), Professor of Natural Sciences at the University of Edinburgh and where he taught both Darwin and Forbes.  He also produced a book on the mineralogy of the Western Isles. It would clearly be good to see his drawings better preserved and also to be able to follow this on social media.

To give the geological charts the best chance of winning, we need your votes either by visiting the George IV Bridge building or alternatively by using the buttons on the Twitter feed @natlibscot

Please note that NLS is open until 7pm Mon-Thur and until 5pm Fri-Sat.  Closed Sun.  The vote closes on the 8th September. 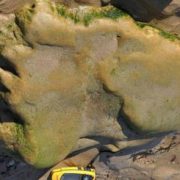 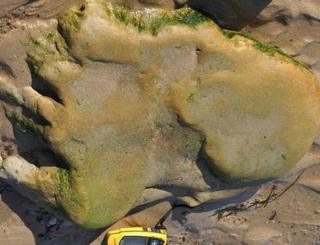 Evidence of fossilised dinosaur footprints has been found on the Scottish mainland for the first time, on the coast near Inverness. The exact location is being kept secret to enable researchers to have access to the site. The discovery, by Dr. Neil Clark, Vice-President of the Geological Society of Glasgow and Curator of Palaeontology at the Hunterian in Glasgow, has been hailed as a significant find. The main site for dinosaur footprints and bones in Scotland is on the Isle of Skye and this significant new find is likely to give further insight into the dinosaurs of the Middle Jurassic period, some 170 million years ago. It is thought that the size of the newly discovered prints suggests they were left by a member of the sauropod family – large herbivores which stood up to 18 metres high.

This news item is to linked to a previous story posted on the EGS website – Preserving dinosaur footprint sites in Scotland. 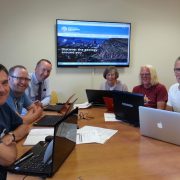 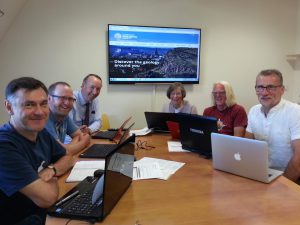 Our website, designed by EGS member Gordon Lang, is maintained by a small team of volunteer members. We meet every two months or so for training workshops where we discuss what updates are needed to keep the website fresh and how to make the necessary changes. Some of us are IT-savvy and some are less so, but we are all learning from each other and find it rewarding. Are you an EGS member who would like to help?  Please contact the EGS Secretary at secretary@edinburghgeolsoc.org. 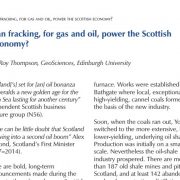 Professor Roy Thompson of the University of Edinburgh has supplied written evidence to the Scottish Affairs Committee Inquiry (at Westminster) into The Future of the Oil and Gas Industry. This evidence comes as a follow-up to his article in The Edinburgh Geologist (Autumn 2017) on ‘Can fracking, for gas and oil, power the Scottish economy?’.  His key point is that, despite the North Sea being a geologically well-studied, mature oil-province, surprisingly large discrepancies remain over best estimates of oil and gas reserves. Estimates currently vary between 4.8 and 80 billion barrels of oil equivalent (bboe) for the UK continental shelf. This corresponds to a difference to Scotland’s economy of about $4 trillion – assuming approximately 90% of the oil lies in Scottish waters and commands an average price of $90 per barrel. His recommendation is that in order to determine the likely size of the UK’s ultimately recoverable oil and gas reserves, a poll of stakeholders be conducted, asking each to provide a quantitative, evidence-based estimate of economically viable production potential. 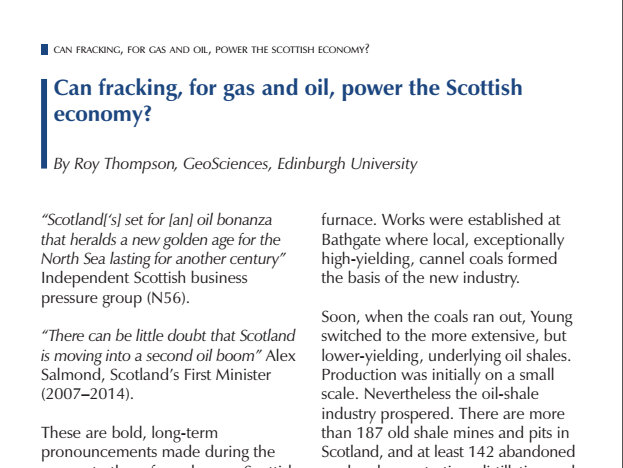 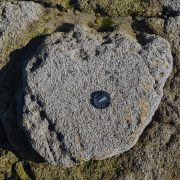 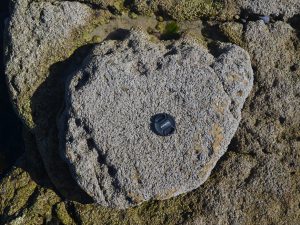 The Edinburgh Geological Society has been contacted by Dr Neil Clark (Curator of Palaeontology, The Hunterian, University of Glasgow) regarding a campaign to raise £5,000 to undertake mapping of some new dinosaur footprint sites in Scotland. The new locations will it is claimed add significantly to the understanding of Middle Jurassic dinosaurs. The funding is to go towards the purchase of suitable drone to help with the mapping and photographic record of the footprints as well as 3D software to undertake referenced measurements of the rate of erosion from stormy seas in future years. The funding will also support student engagement in the project with transport and accommodation costs. A number of researchers from both Scottish Universities and Institutions are involved in this exciting geoconservation project.

The project has created a crowdfunding site for those interested in offering financial support to the project.
https://www.justgiving.com/crowdfunding/scottish-dinosaurs